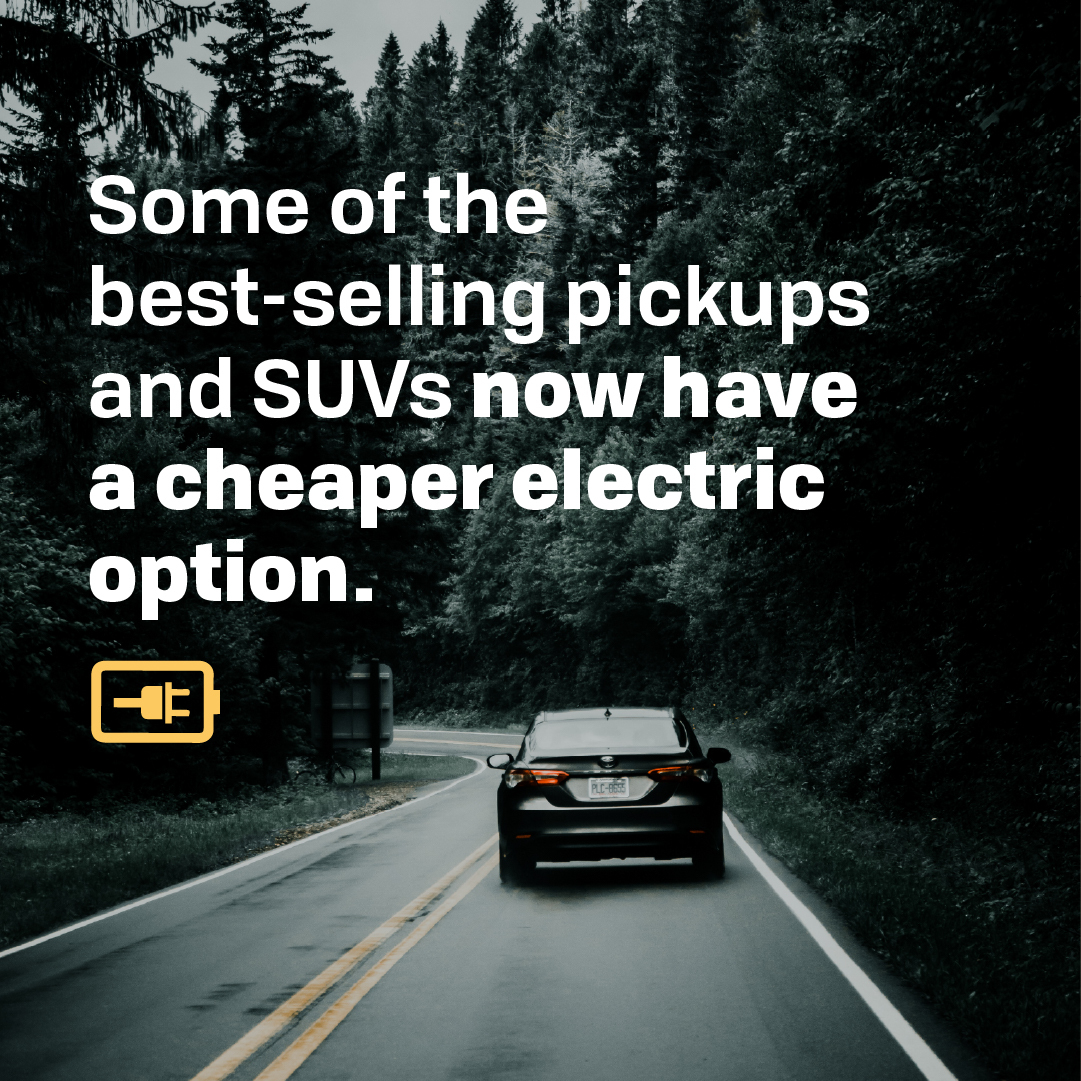 New analysis from Atlas Public Policy finds electric cars and trucks can cost less than some of the most popular vehicles in the U.S., including the Ford F-150, which had been America’s best-selling vehicle for 43 years in a row. The analysis includes the latest data on vehicle purchase price, maintenance and fuel costs, taxes, fees, and depreciation in order to create a total cost of ownership comparison between electric and gas-powered vehicles.

Transportation remains the largest source of climate pollution in the U.S., and vehicle-related pollution continues to cause higher rates of asthma, cancer, and premature death in communities near major roads, transit hubs, and travel corridors.