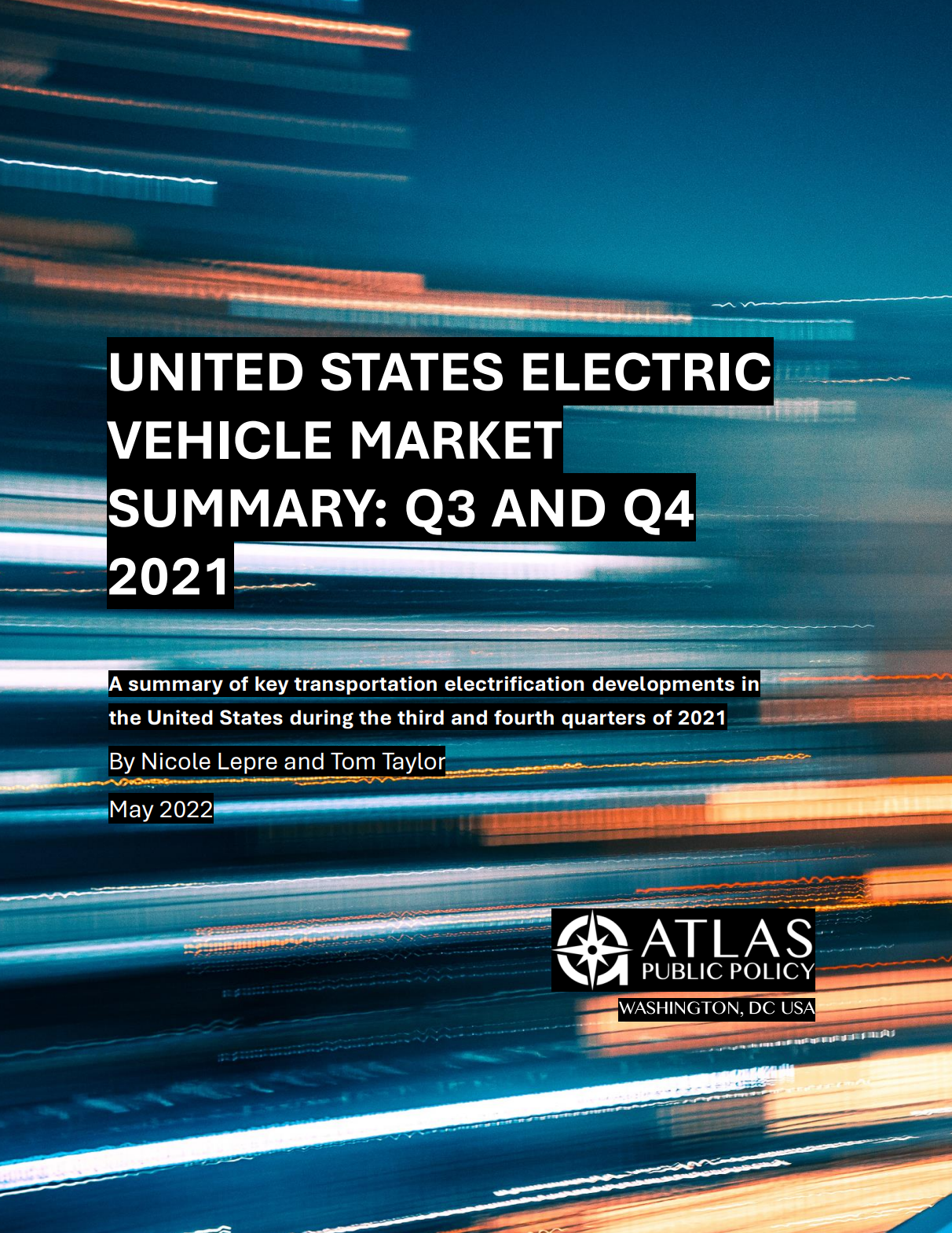 This report summarizes major developments in transportation electrification in the United States with a focus on activities during the third and fourth quarters of 2021 (“Q3 and Q4 2021”). Electric Vehicle (EV) sales made up 6.1 percent of light-duty sales in November and 5.8 percent in the fourth quarter of 2021, setting a monthly and quarterly record. Light-duty EV sales hit 189,000 during Q4 2021, the highest of any quarter through 2021. Automakers continued to announce major investments in EVs, with Toyota, Ford, GM, and Stellantis each announcing plans to invest at least $30 billion to develop EV models by 2030. Investor-owned utilities (“IOUs”) proposed more than twice the amount of investment in transportation electrification programs during Q3 than during Q1 and Q2 combined. The second half of the year saw the approval of $414 million in utility EV programs, only slightly less than the $468 million approved during the first half of the year.