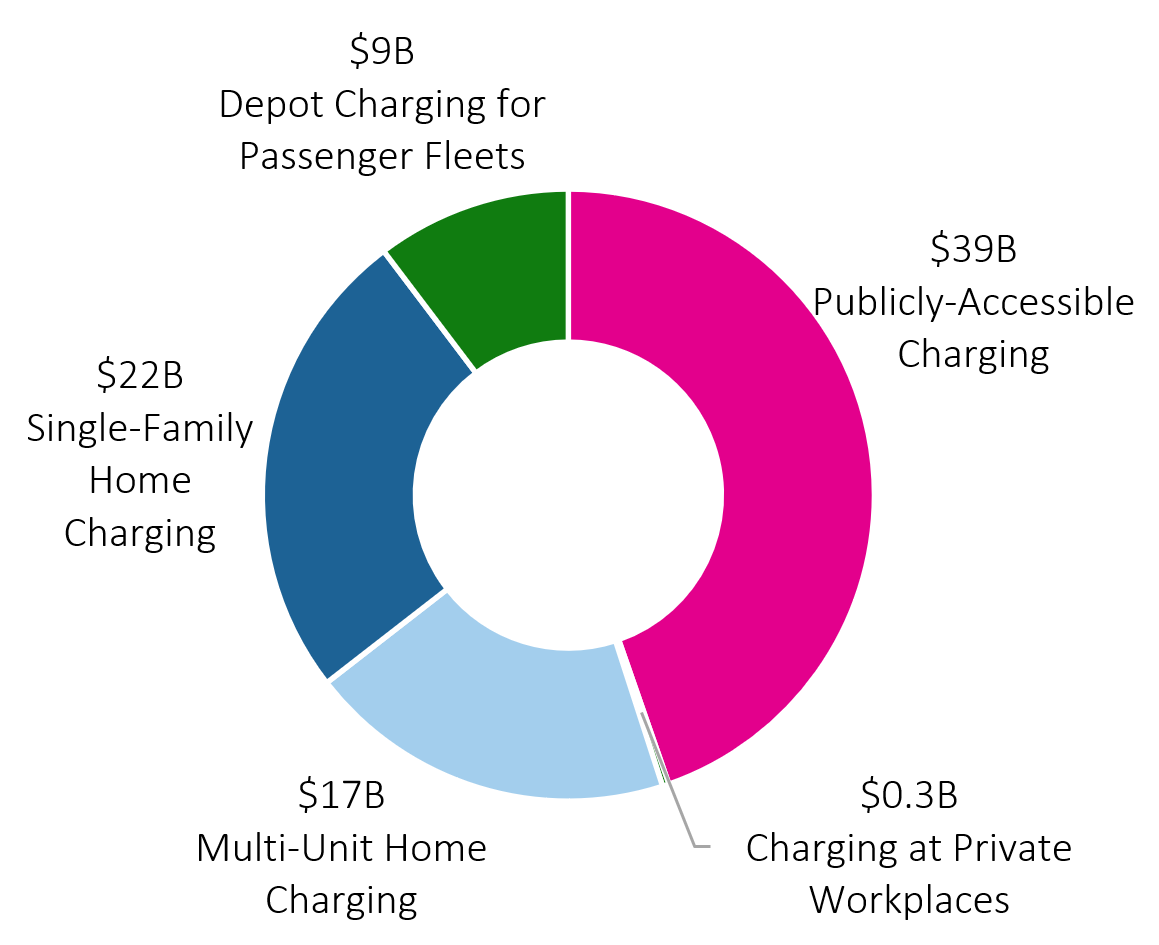 Atlas Public Policy research shows that to put the nation on the path to full electrification and achieve 100 percent passenger electric vehicle sales by 2035, over $87 billion in investments in charging infrastructure will be needed over the next decade, including $39 billion for public charging.

The need for consistent charging access throughout the country is essential to enable widespread electric vehicle adoption. Public charging infrastructure investments have emerged as a critical gap, however, since the direct revenue from providing these services often does not cover the costs of installation and operation of the equipment. The Atlas analysis demonstrates what would be required to fully fund public charging infrastructure (see figure below). The analysis also found that achieving 100 percent passenger electric vehicle sales by 2035 will require installation of an estimated 495,000 public and workplace charging ports, a finding similar to the 500,000 EV chargers called for in the American Jobs Plan.

Executive Summary
Detailed Findings
Press Release
Note: The Detailed Findings linked above is an update to a version from April 8th which showed incorrect state-level fast charging port counts on page 11 and Appendix pages 36 to 41. The mistake resulted in the state-level figures being double-counted. This update does not affect any other figures or totals in the report. We regret the error.
Atlas Public Policy2021-08-27T20:52:03-04:00
FacebookTwitterLinkedInEmail
Go to Top