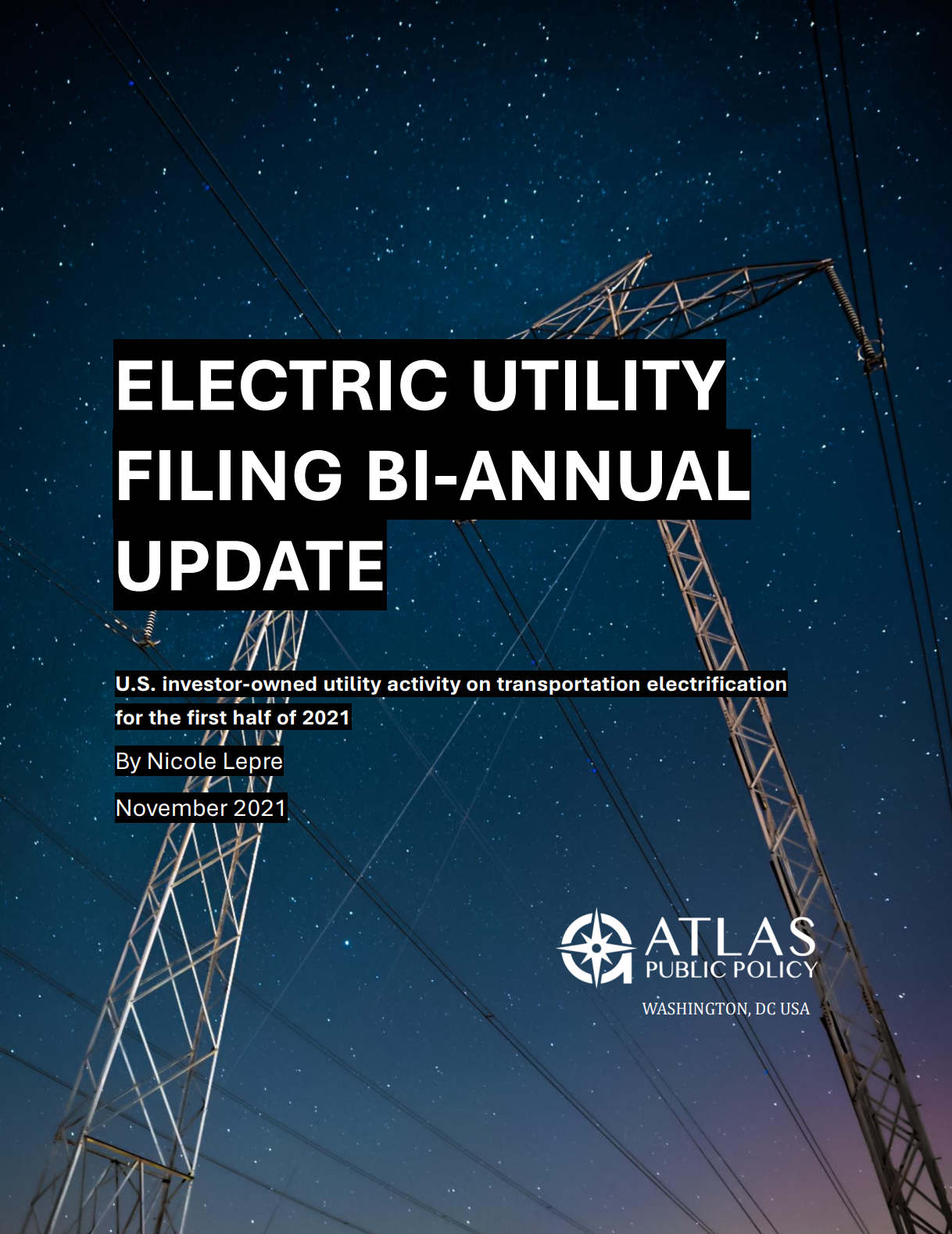 This report elaborates on the trends in IOU transportation electrification programs during the first half of 2021 (H1 2021). Using data from the Atlas EV Hub (www.atlasevhub.com), the report summarizes utility EV investment activity during the first half of 2021 and places that investment in a broader context. All data from this report is from the Electric Utility Filings dashboard on the EV Hub unless otherwise noted.

This report was supported by the Natural Resources Defense Council.